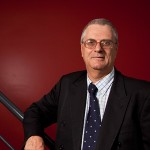 A few years ago, Roger Timms put a proposal to his children for a plan of action they should take on his behalf, should the need arise. Regarding the hopefully unlikely chance of his hitting hard financial times, Roger’s plan was simple – maintain his memberships.

The Head of Tax and Superannuation at Taxpayers Australia, Roger is a self-described “inveterate club joiner”. His proposal for his imaginary destitute future would have his kids paying for his fees for the Melbourne Cricket Club, Victoria Racing Club, RACV and Melbourne Racing Club, if not others.

“I said I don’t care how they do it, but make it happen”, he says. “Get a fund, put in for birthdays, Christmas, and just dole out a percentage to keep Dad’s memberships going. Now they look at me strangely when I suggest that, but it’s a plan.”

His list of course reveals a penchant for the ponies (“Yes, I have a modest punt now and then”) and Roger also admits to having co-owned a couple of race horses in the past – unfortunately too slow to help defray any future membership costs.

Affiliation with one club, the MCC, was a surer bet, although a longer term commitment. When Roger was barely old enough to even remember, his father signed him up to join the MCC when the eminent institution opened up its membership applications while raising money in the lead up to the 1956 Olympics. It was about 25 years later before Roger could walk through the door as a full member.

But putting in the time, and the patience that must go along with this, has been a factor of his working life as well. Roger confesses to working 60 or perhaps 70 hours a week on average for the past 20 years – and admits that he would be “over it” were it not for the tax technical challenges that are thrown his way.

Dealing with these challenges, as Roger well knows, can result in rewarding outcomes. One such instance he recalls was a huge tax saving made while consulting to a commercial firm, the finance staff of which were adamant that such a tax outcome could not be achieved. The deal he struck with the Tax Office resulted in a private ruling over a particular transaction that resulted in the saving of $50 million in tax for the happy client.

The anomaly in tax law that made this possible is still there. “The very broad principles are still the same, yes, but it is something that is very much dependent on facts,” he says. “It went to the question of how a particular transaction would be taxed.”

For Roger, it is this dealing with the intricacies of tax, and how this applies to real situations, which remains engaging. “It is the technical questions, and getting to the bottom of them, that I find interesting,” he says, “and after all these years!”

His experience with larger accounting practices were too often mired in organisational structure, with administrative and reporting requirements that he says too often drained the life out of any tax technical challenges he would otherwise revel in. “There’ll be a few partners at the pointy end who have the maximum influence, but if you’re a ‘line partner’ [down in the hierarchy], you have reporting responsibilities through to all sorts of other partners and committees,” he says.

“You are constantly required to do administrative things – manage your debtors, manage work in progress, manage the staff, marketing. I prefer to be doing tax technical things.” Roger says he made a conscious decision to abandon working in such a practice. “And I don’t for a minute regret that.”

Had he his time again, what sort of advice would Roger give to his younger self? “I’d say, and at an early stage, to construct the right boundaries for a balance in what you’re doing,” he says. “Find something that gives you maximum enjoyment – to the extent that you can in a work environment – and follow that, but make sure you go through that balancing exercise, which I think would be easier right from the start.”

Roger contends that if you are doing something that you really like, you will probably have a clearer mind and be able to work more smoothly as well. “You’d be much more likely to come out with a well-rounded approach, where you’re not so much grinding away on the work side, which I find can be a bit of a struggle.”

One thing Roger does not struggle with however is his ability, with seemingly effortless skill, to communicate his knowledge and experience of obtuse tax laws and the intricate nuances of their application into clear and very easy to understand language.

The written word is second nature to him, and is obvious in his ability to ‘speak to the audience’ and to impart and share a knowledge built up over many years of doing the hard slog. After a long career, the transference of this impressive weight of understanding that he has under his belt to paper, screen or delivered to a seminar audience is the skill that Roger obviously finds he enjoys the most.

Imparting knowledge and experience is of central importance, especially under the present day professional training regime, Roger says. As one who went through the old system, under which examinations run by the Chartered Institute of Accountants were only open to those already working in an accounting practice, Roger laments the loss of the “practical knowledge and skills” that the previous qualification regimen imparted.

“It was a massive advantage. You were coming in four years older, and already with a qualification,” he says. “It was more practical then, because then you’d sort of grown up doing the work. But adding to the mix for modern times is the fact that things are more complex now. In my mind this creates a need for training that is far greater under this new system than under the old system.” His work at Taxpayers Australia has allowed Roger to give something back in terms of experience and tax knowledge to further the training of the next generation of tax agents and accountants.

While navigating the maze of tax law may be a challenge, if he had his way, Roger says he would re-write the entire Australian taxation act. “There’s two tax acts, the 1936 act and the 1997 act, and there’s a bit in here and a bit in there. We got this half-baked outcome, and it’s a complete shambles,” he says. “So I’d say ‘right, scrap that, we’re re-writing the whole thing’. And it should be done in a manner that’s to a substantial extent driven by people who actually understand what’s needed to make something work.

“This means not only people from Treasury and the Tax Office, but significant involvement from people in the real world who actually know the difficulties that are put in front of everybody with the tax system we’ve got now,” Roger says. “But importantly you would have to take into account all of the modern commercial issues that are relevant – like the internet. People have been debating for the last 15 years about how you tax internet-based transactions where they cross borders. The tax laws in this regard were written, some of them, in the ’40s and ’50s.”

The pipedream of re-writing the tax act is unlikely to add to an already saturated work schedule, but even so, Roger has already started to consider that an easing up on the workload could be in order for the not-too-distant future. “I said to my wife the other day that maybe I should think about retirement sometime,” he says. “All I got was a disdainful look, so I think she’d called my bluff.”

So while the words ‘retire’ and ‘Roger’ start with the same letter, they have little else in common. “I suppose it’s due to me having spent 30 years working around the clock,” he says. “It’s been a fairly consuming path.”

Still, winding back is an option that is in the back of Roger’s mind, and he has a love of sport that he says can possibly be resurrected. “I just love sport. I played golf, cricket, football, tennis, baseball – and all played competitively. I’ve even turned my hand to squash. But it’s all just gone by the board.”

So while Roger has let the skills of leisure-time slip, he’s going to have to improve on them. At least he has those club memberships to help him re-learn the art of relaxation.

This was first written for www.taxpayersassociation.com.au